Riding More Than One Horse

When at the Bar, Mr Justice Gilbart was head of my chambers, Kings Chambers. He was a doyen of planning bar. Before he became a High Court Judge he was Recorder of Manchester, the leading criminal judge in the city. Now he has given a typically resounding judgment in a clinical negligence case: JRM v King's College Hospital Foundation Trust [2017] EWHC 1913 (QB).

The claimant was one of twins - his brother sadly died at the age of two weeks - who was born by vaginal forceps delivery but suffered acute spinal cord injury. The Judge recorded agreement that the injury was caused around the time of birth and was due to one of two possible causes:


The second mechanism would be an "exceedingly rare" event.

This agreed position had been reached by the parties' respective expert paediatric neurologists but was not adopted by the Defendant until the fourth day of the trial. Other experts relied upon by the Defendant had put forward (two) other possible explanations for the Claimant's condition. At the start of the trial the parties had intended to call ten expert witnesses. In the event, only two gave oral evidence.

The Judge rejected that evidence. There was ample contemporaneous written and photographic evidence of extensive bruising to the baby. The delivery was described in correspondence at the time as "difficult". The Judge found that the Claimant had been in the OL position and he had been delivered with excessive force with the forceps in the wrong position. The obstetrician had fallen "far below the standard of care to be expected of him" and the injuries were attributable to that poor standard of care. 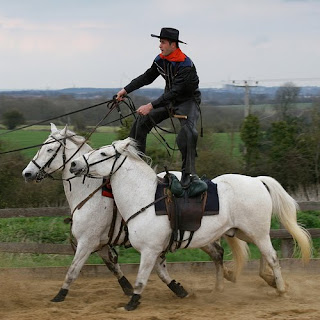 The Judge ended his judgement with two comments:

"I cannot leave the case without making two comments. The case before me for the Defendant was conducted with scrupulous fairness and considerable skill by Mr Evans, and the conduct of his instructing solicitors appeared to me to be most efficient. However, in the light of the terms of the NICU records, notes and reports, and the other documents to which I have referred, I am very critical of whoever it was in the Defendant Trust or in the NHSLA who considered that this claim should be resisted on the basis (among others) that the delivery was a straightforward and unremarkable forceps delivery. It must have been known for a long time that Dr Mahfouz’' evidence about the delivery was, to say the least, difficult to reconcile with the internal notes and records, where the obvious injuries to the baby had excited so much concern and comment by those treating him. It was an obvious lacuna in the Defendant’'s case that, in a claim where so much turned on the evidence that this child was injured at round the time of his birth, no midwife or nurse present at the birth was called, nor, perhaps more concerningly, none of the clinicians or nursing staff who dealt with the consequences of the labour when C was admitted to NICU.

"It was also of concern that the agreed statement between Dr Philip and Dr Smith was inconsistent with other evidence contained in reports to be adduced by the Defendant, and notably from Mr Walkinshaw and from Dr Emmerson, a neonatologist, which put forward other causes for the injury, including that the injury was not related to the mode of birth, and in Dr Emmerson’'s case that it was a congenital abnormality. While I understand a Defendant arguing that the Claimant had not proved causation, that is a different matter from a Defendant asserting different mechanisms on how the injury was caused, and calling expert witnesses who are not in agreement with each other. The various experts are entitled to hold their expert opinions, but it is for the Defendant to determine which case it chose to argue at trial."

Of course a party may choose to run a case that is not easy to reconcile with the contemporaneous notes - claimants will do at least as often as defendants. But the Judge was clearly concerned about the decision to run a defence where other witness evidence that might have been available was not called and where the documentary evidence did not sit at all easily with the key professional witness's account.

The observation about the defence to this claim should resonate with both claimants and defendants. It is not uncommon to gather expert evidence where each expert is supportive of a party's case but not in agreement with the other experts. The Judge's warning is that the party concerned has to make a choice. Forensically it is rather difficult to ride two horses at a trial. In this case there appear to have been three horses, and I can well imagine the judicial probing that preceded the Defendant's change of approach on day 4 of this particular trial.